The Academy of Country Music has established the Volunteer awards to recognize outstanding volunteers for their dedication and service. Hailing from towns across the country, these individuals took up ranks alongside the ACM staff to ensure that The Week Vegas Goes Country went off without a hitch. 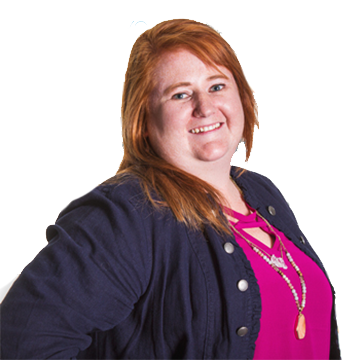 Elyse Bushard is a Social Media Content Manager at Madwire Media in Fort Collins, CO. She has volunteered and interned at over 25 music festivals, award shows and events, including 8 years at the ACM Awards and 2 years at the ACM Honors Show. She loves working side by side with her ACM family every year because they are some of the most amazing, craziest bunch of music lovers on the planet - aka her kind of people. The craziest thing she has ever done is skydive over the Whitsunday Islands in Australia. Other than that, she prefers to hang out with her two corgis, family and friends in Colorado with a glass of wine. She loves the creativity and reliability of country music songwriting and how one verse can touch and change multiple lives. 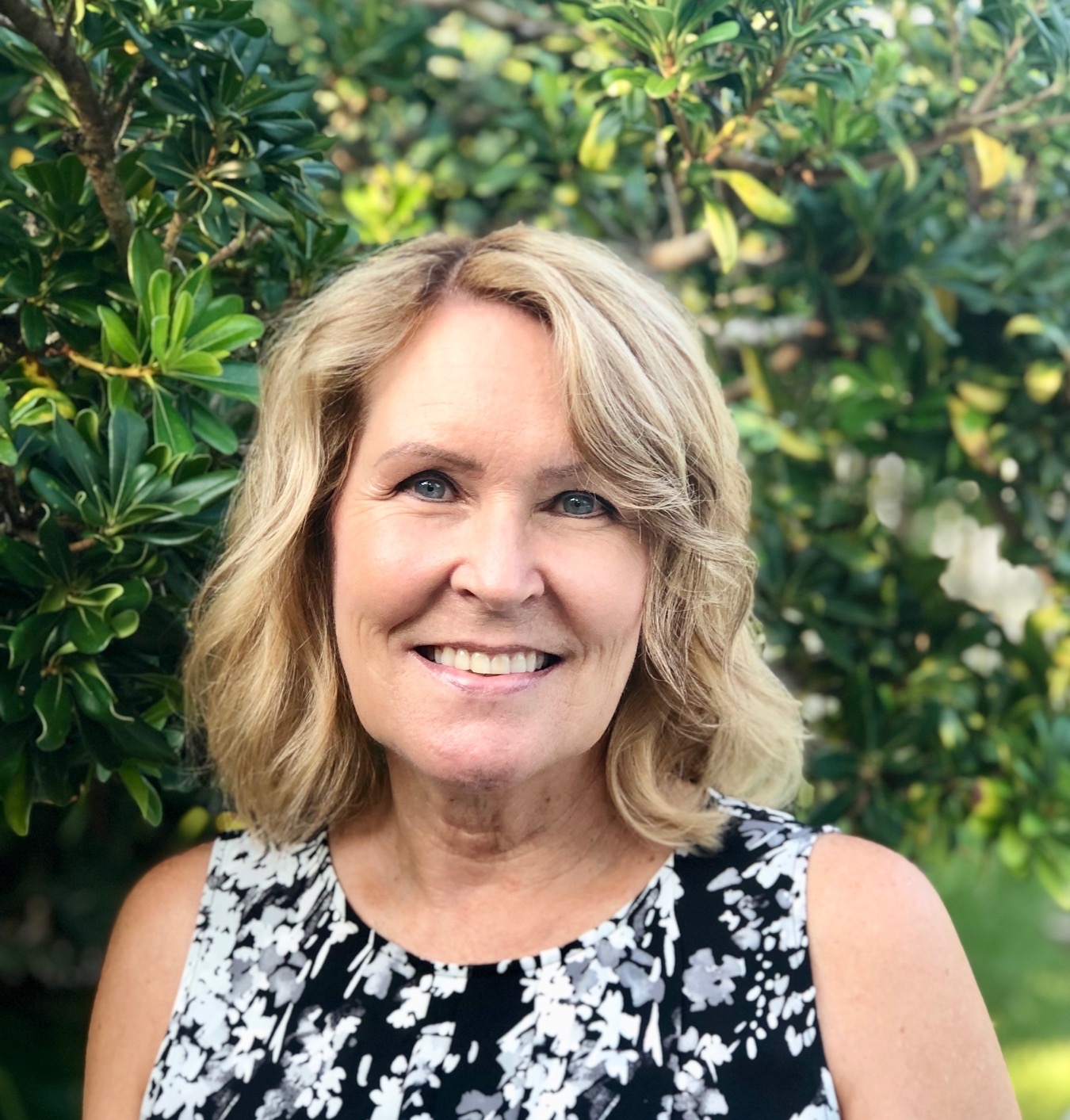 Stacie was born and raised in Sacramento, CA. Her 24-year career in law enforcement included work as a patrol officer, investigator, undercover operations and as an expert and instructor in drug and alcohol influence. She holds a Master's of Science Degree in Criminal Justice. Married for 33 years, she has two children and one grandchild. Stacie has enjoyed being a volunteer with the Academy for 14 years, the last four as a volunteer lead. She is currently living on the Florida coast. 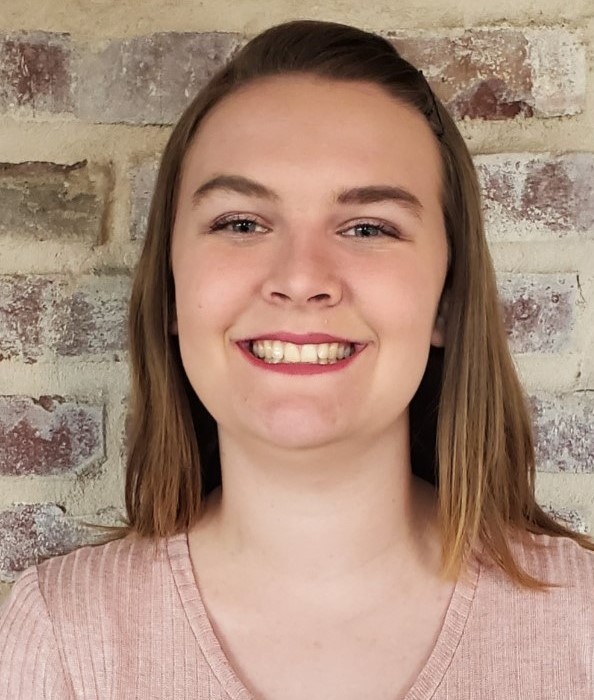 Anne Cummins is a senior at Northwestern State University studying hospitality management & tourism. She also works full-time for the Natchitoches Convention & Visitors Bureau as an intern in the Group & Tourism Sales office helping bring groups to the Natchitoches area. Anne has had great opportunities through both school and work and one of her favorites was volunteering for the 54th Academy of Country Music Awards. Upon graduation in May 2020, she plans to continue working for the Natchitoches Convention & Visitors Bureau in a sales position to gain valuable industry experience in tourism. 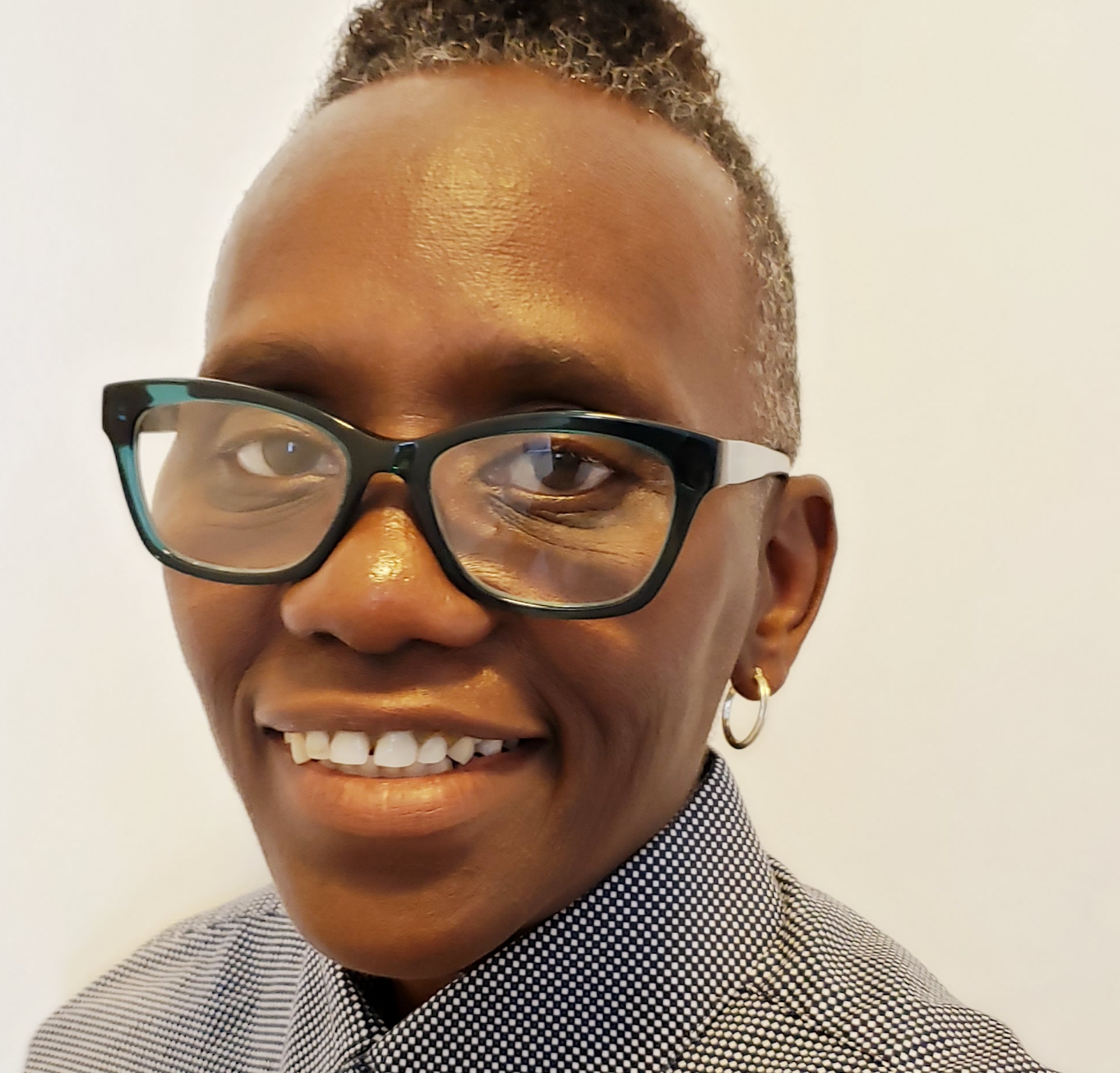 Barbara, born and raised in Los Angeles, is the youngest of seven children. She is a single parent to her son Brennan and grandmother to granddaughters Jaidyn and Kieana. She has been at her current job for 15 years, just was just promoted to claims adjuster. Barbara is taking online courses to further her education in this field. She enjoys going to baseball and softball games with her favorite baseball team being the New York Yankees. Her bucket list is to visit every baseball stadium in every country, and she has even volunteered for the MLB All-Star Fan Fest. Barbara's love for country music goes deeper than most know. Growing up listening to Willie Nelson, Johnny Cash and Charlie Pride, Barbara loves volunteering at the ACM Awards every year because she gets the opportunity to meet and greet new people from all over the world. 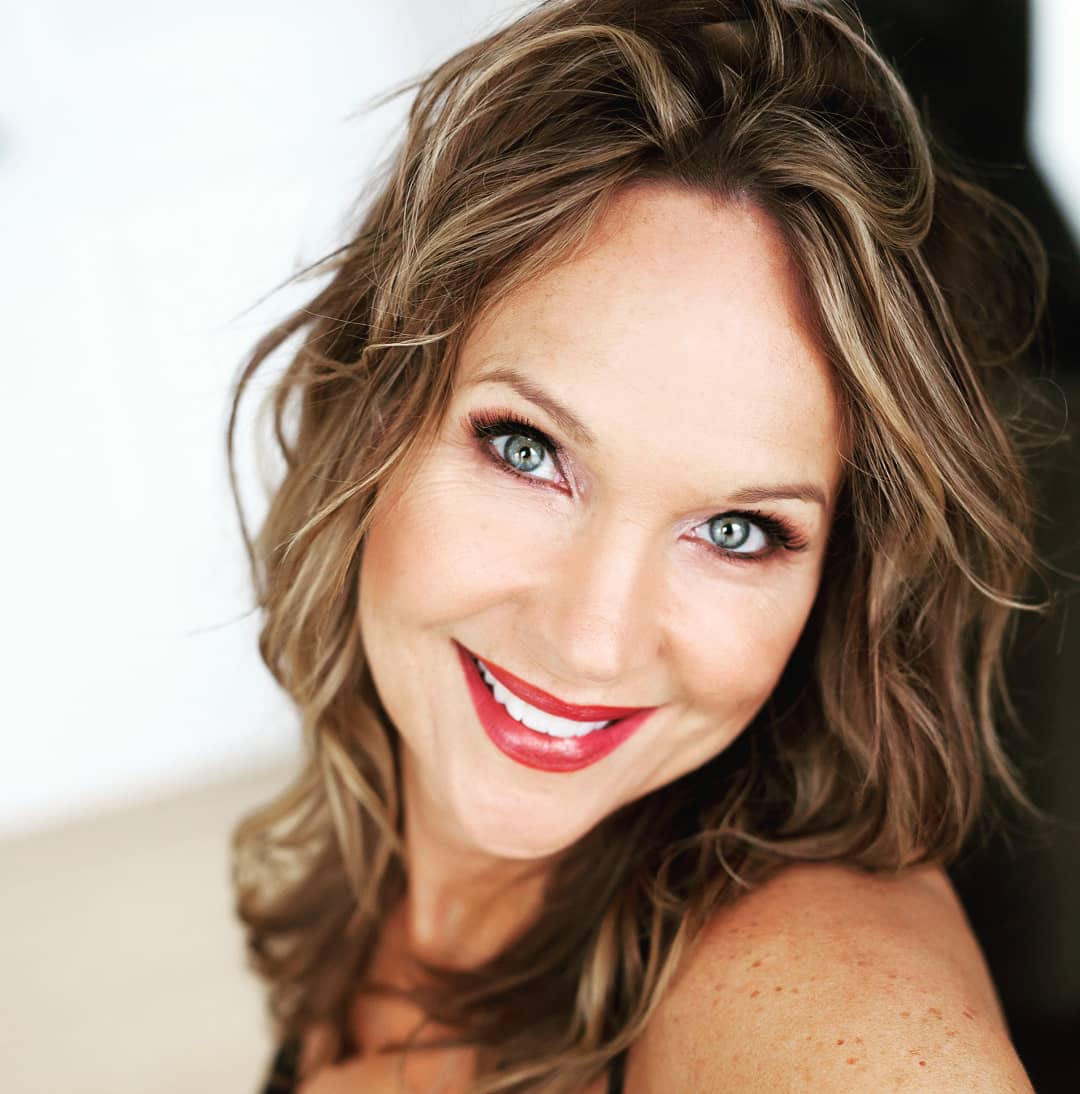 Dana is a marketing professional with both advertising agency and internal department marketing experience. She has spent her career promoting people and large-scale events, and considers the ACM Awards experience one of the best. She is a proud mother of two collegiate athletes and is new to the empty nest syndrome. She enjoys the sunshine, her new goldendoodle, chips & salsa, the Ohio State Buckeyes, and, of course, country music. 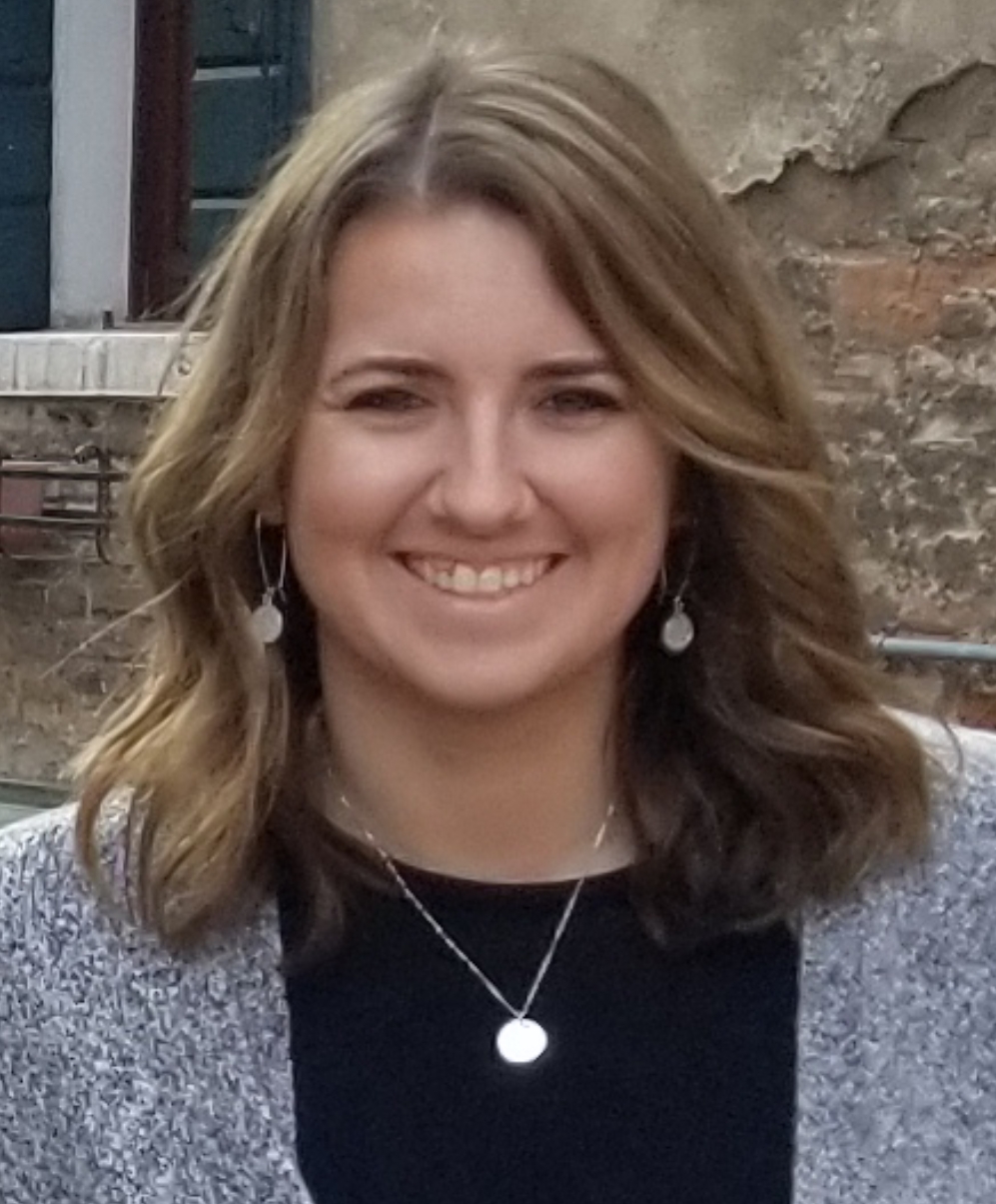 Ellen was raised in Freeport, Illinois - a small community with the biggest hearts. She grew up loving country music and attended small town county fairs every summer. Ellen kept that same passion with her throughout college by interning at CMT and working different events. Now living in California working at Warner Bros. Studios, Ellen still carries out that same passion by volunteering and working as many award shows and concerts as possible! 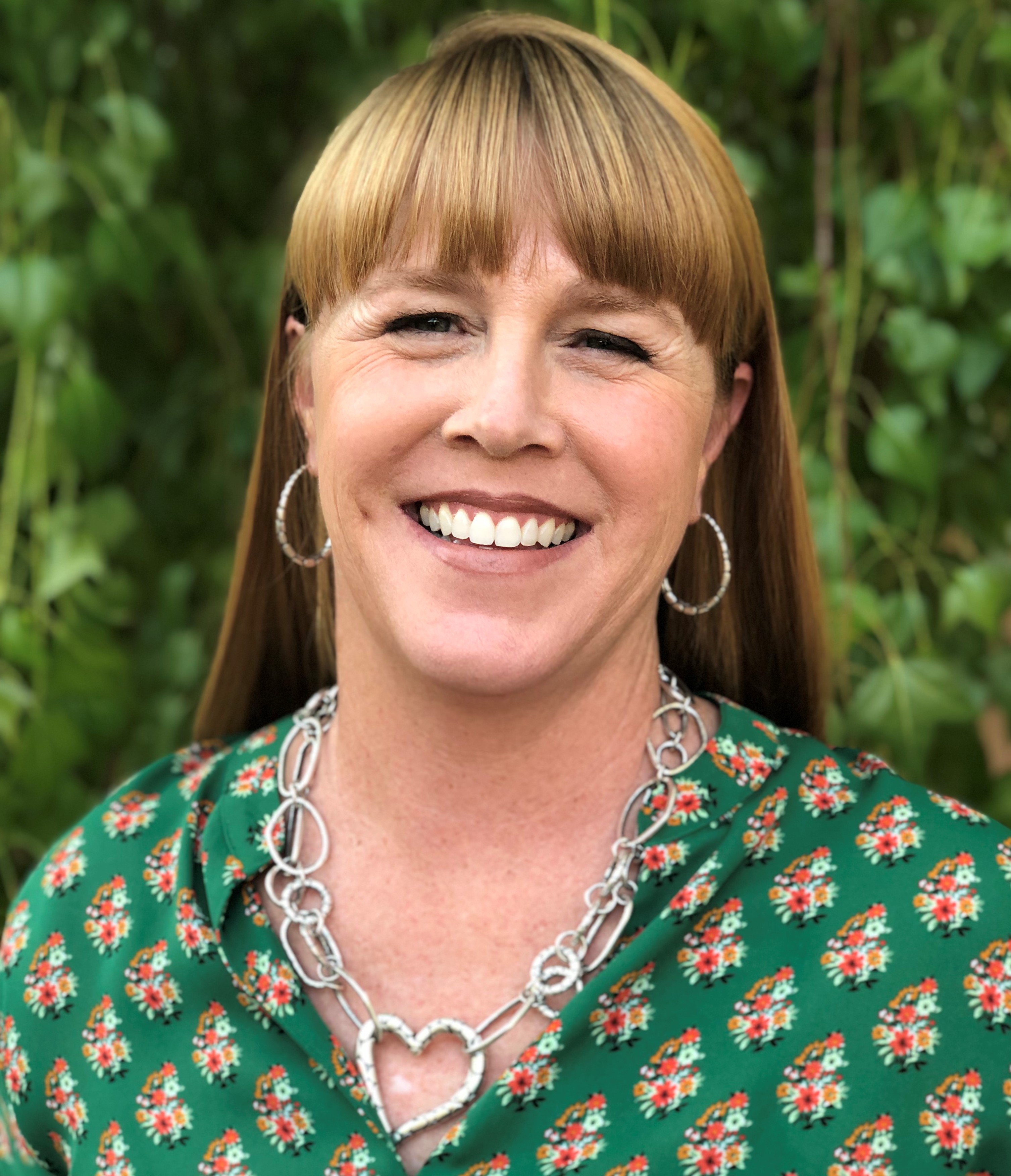 Kelley grew up in Northern California. She listened to country music in the car with her mother throughout her childhood. Her brother later influenced her with alternative music. About ten years ago, her husband changed the radio to a country channel, and it's been blasting in the car and the house ever since. In 2012, her family moved relocated to Henderson, Nevada. With Las Vegas being an entertainment city, they have been attending concerts that come to town. Kelley spends her days scheming about how to get her husband to go to more country concerts, volunteering at her children's school, going to the gym and playing with their standard poodles. 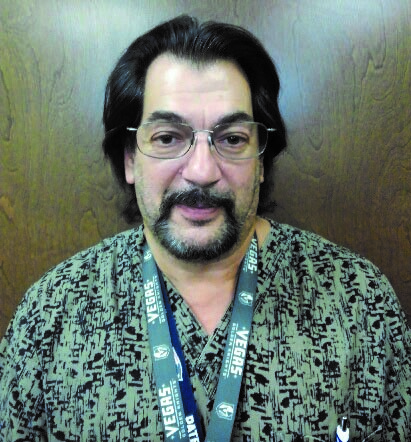 Paul grew up as a country fan in Taunton, Massachusetts, where his dad was a Johnny Cash, Willie Nelson, and Merle Haggard fan. Paul has lived in Oklahoma and currently lives and works in Las Vegas as a Licensed Practical Nurse at the VA. 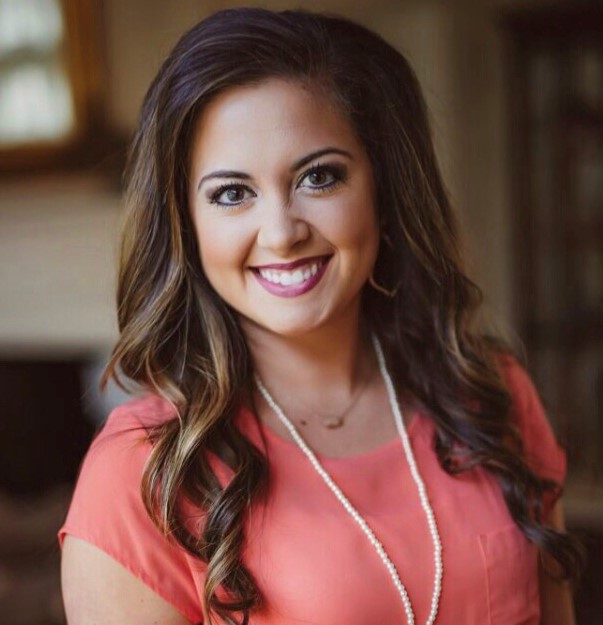 Rebekah is from a small country town in Louisiana living the big-city dream in Dallas, Texas. Working in the Executive Office of the Dallas Cowboys. She has been volunteering for the ACM's since 2015 and it is by far one of her most favorite opportunities to be a part of each year. The people, the music, and the cause make this experience one to remember each and every year. This organization holds a very special place in Rebekah's heart and she can only hope to be able to volunteer for many years to come. 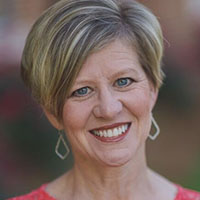 Reatha Cox
A ball of energy and the epitome of professionalism, Reatha helped coordinate volunteers at multiple events throughout the week: ACM Stories, Songs & Stars at The Joint, ACM Lifting Lives Topgolf Tee-Off and the ACM Awards red carpet. When she's not volunteering with the ACM, Reatha works as the Executive Director for the First Year Experience and Leadership Development at Northwestern State University. 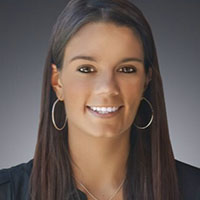 Lisa Tobia
Lisa assisted the ACM team remotely for months prior to the ACM Awards, helping with volunteer scheduling operations and planning. She arrived in Las Vegas early to serve as part of the core volunteer leadership team and facilitated operations, scheduling changes, transportation and communication. A New Jersey native, Lisa has traveled from the East Coast to volunteer for the past four ACM Awards. 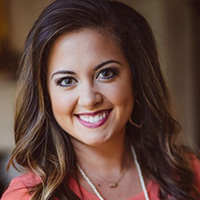 Rebekah Burleson
Rebekah graciously offered to assist as much as possible and took on many roles. She was a VIP host at MGM Grand, an event host at ACM Stories, Songs & Stars, and part of the talent team for the radio remotes, ACM Lifting Lives Topgolf Tee-Off & ACM Awards red carpet. 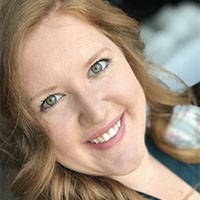 Carson Claybrook
Carson's experience and ability to jump in wherever needed made her a valuable asset at the Change the Conversation: ACM Edition event. She also coordinated transportation for the ACM Awards Official After Party and took on key roles as part of the talent team for ACM Stories, Songs & Stars. 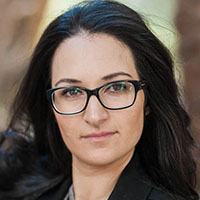 Natalie Costa
Natalie took on many tasks throughout ACM week: escorting talent through radio interviews, assisting VIPs at the credential desk, assisting event organizers at the ACM Workout for a Cause: Erin Oprea Unleashed Tour, helping with red carpet hospitality, and working as an event host at ACM Stories, Songs & Stars. 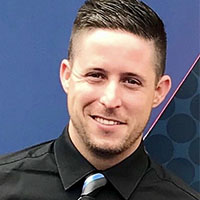 Michael Gandy
As a first-year volunteer, Michael made an impression with his enthusiasm and professionalism while serving on multiple teams throughout ACM week: credentials, radio remote guest services, ACM Awards red carpet and show rehearsals. 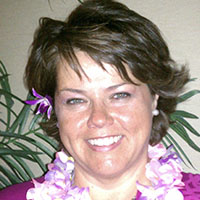 Joyce Halama
Joyce's initiative and ability to elevate every role she was tasked with proved invaluable during ACM Awards week. She organized the VIP credentials process, escorted talent through radio interviews, and worked with talent teams for artist signings at both the ACM Awards and ACM Party for a Cause: Tailgate Party at Stoney's Rockin' Country. 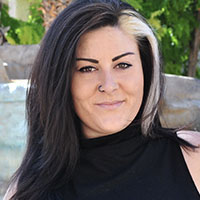 Carly Redford
A true powerhouse, Carly assisted the ACM staff with numerous tasks in the production office during ACM Awards week. She continued to help throughout the weekend as part of the talent team for ACM Stories, Songs & Stars, working with talent and management teams for artist signings and the red carpet. 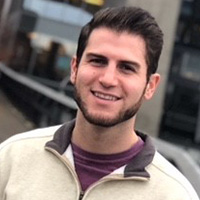 Brett Stephenson
Brett's positive attitude and experience as a former ACM intern proved invaluable at the ACM Party for a Cause: Tailgate Party at Stoney's Rockin' Country and at the ACM Awards Official After Party. 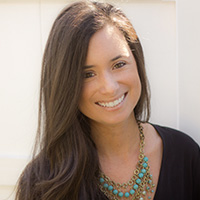 Chelsee Leyshock - Redondo Beach, CA
As a Volunteer Lead, Chelsee has proved to be a powerhouse with amazing work ethic, energy and ability to take charge at a venue to swiftly train and organize her assigned volunteers and make adjustments, as needed. 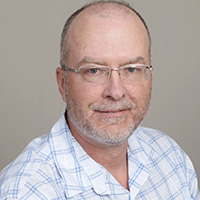 Bob Sims - Henderson, NV
As a Volunteer Captain, Bob has been a vital part of the ACM volunteer team. When last-minute help was needed for the ACM Booth at the NFR/Cowboy Christmas event last December, Bob offered to help without hesitation. His flexibility, problem-solving skills and willingness to assist wherever needed have proven invaluable multiple times over the past two years. 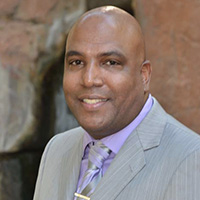 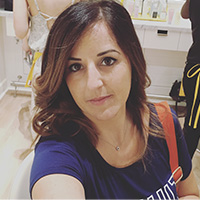 Brianne Catlin - Las Vegas, NV
Brianne flew in early to Vegas to help the ACM events staff, in addition to working the radio remotes and acting as the primary floater on all tasks during the day of show. She has been a volunteer with the ACM since 2016. 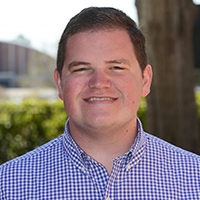 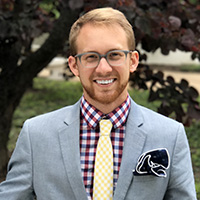 Alex Oetken - Nashville, TN
Returning for his second year as an ACM volunteer, Alex worked at Virgil's on Friday, rehearsal guitars on Saturday and red carpet drink bins on Sunday. 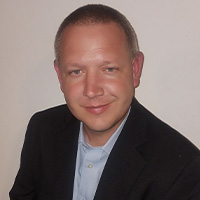 Andy Snyder - Davenport, IA
An ACM volunteer since 2015, Andy assisted with the golf carts on Sunday and helped at the T-Mobile Info Booth, the WME Bash at the Beach events and the House of Blues. 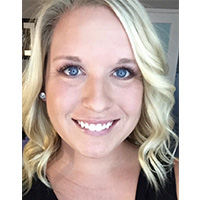 Christina Strawn - Las Vegas, NV
Another first-time ACM volunteer, Christina played a pivotal role at the House of Blues on Saturday night by directly working with the venue and talent teams.